Mal & Rose's 1954 Ford F100 & 1956 Ford Delivery Van
Everywhere you look - the F100 Ford "oozes class". You'd be hard pressed to find anything on this vehicle that has not been touched. Everything from the front bumper to the rear tail lights has been replaced, repainted, rechromed, modified, customized ......... and it looks immaculate.

Mal gave me a very brief, under-stated description of their cool ride:

This 1954 Ford F100 was imported from America, and initially owned by a plumber living in Melbourne. Mal reckons this guy thought it was way too good to use as a plumbers truck (I think we all agree), so he sold it to Mal and Rose. Underneath the forward lift bonnet you'll find a 351ci Windsor, backed up to a C4 Auto transmission and probably not the original diff. Judging by the ride height I'd say there would be a fair share of modifications to the suspension as well. There is a Gaylords hard lid that can be fitted to the rear tub. Steering still remains in the original left hand drive configuration, which would complement the customised interior. Mal mentioned "ducted air conditioning through the centre console" - probably going to need some photos of that interior.........

Riding on classic American Cragar wheels, this truck looks sensational - and I would suspect - be an absolute pleasure to drive.
The Delivery Van is also a fine example of what can be done with vision and a deep pocket......

The 1956 Ford Van is running a 350 Chev V8 and a 5 speed Toyota Supra gearbox and is complianced in Qld. Externally, pretty much everything has been customised from the front - grille, headlights, front bar, guards through to the rear tail lights and one piece right hinged rear door.
Inside, the van remains left hand drive but has been converted to a 4 seater, one piece power windows..... Customised? Yeah. Take a close look at the photo of the interior. Awesome job.
Underneath? The photo speaks for itself. Top class.
Mal & Rose won Top Overall Street Machine at the Bendigo Rod Stock and Custom Show in 2014 with this vehicle and well deserved too I reckon. 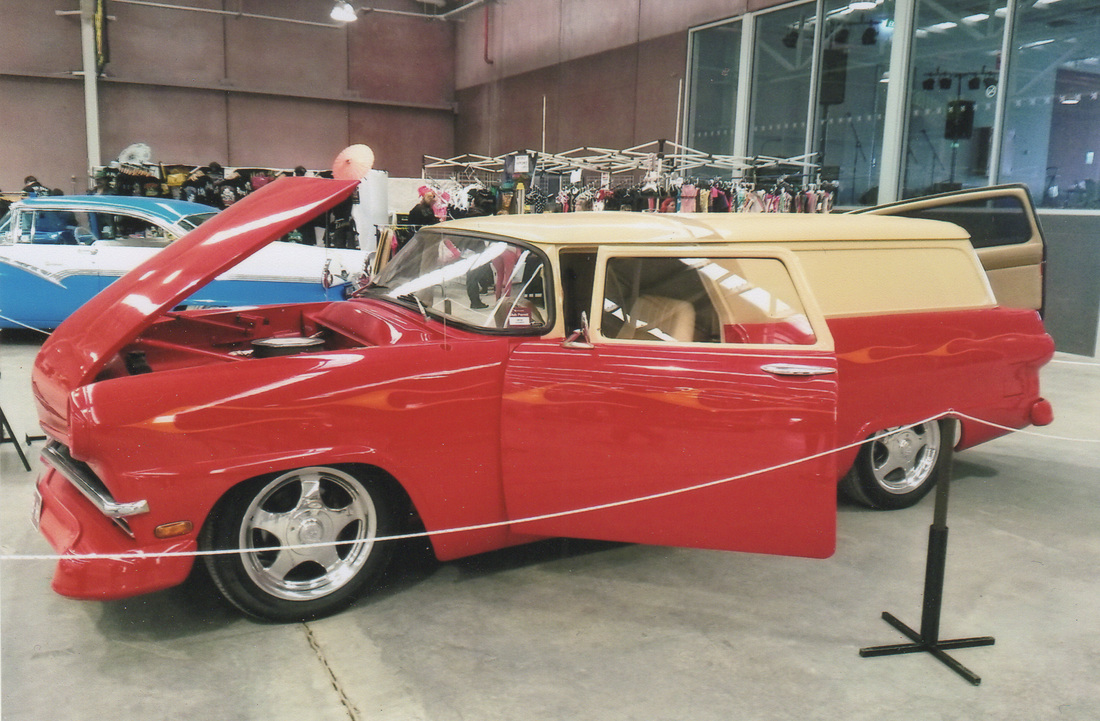